International award-winning music artist, author and speaker, helps others get unstuck by producing and executing a successful plan for their second half. Up for multiple GRAMMY Awards and spending over 20 years in the entertainment industry, she's an expert on how to constantly reinvent yourself in a gig-economy. Deborah is the author of four books and speaks and performs in both live and virtual events. Comfort Food in a Bowl 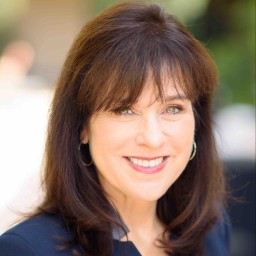 Looking for special mothers day songs? Wikipedia defines Mother’s Day as a modern celebration honoring one’s own mother, as well as motherhood, maternal bonds, and the influence of mothers in society. It is celebrated on various days in many parts of the world, most commonly in March or May. Mothers Day Songs are a wonderful way to honor someone who means so much and below are a couple of mothers day songs you might find both meaningful and fun! (Buy Back the Years video here; sheet music here)

The celebration of Mother’s Day began in the United States in the early 20th century, first celebrated in 1908 when Anna Jarvis held a memorial for her mother in Grafton West Virginia. Her campaign to make “Mother’s Day” a recognized holiday in the United States began in 1905, the year her beloved mother died. Anna worked hard to honor mothers, “the person who has done more for you than anyone in the world.”

Due to Anna Jarvis’ efforts, several states officially recognized Mother’s Day in 1910. By the 1920’s, Hallmark and other companies had started selling Mother’s Day cards. Jarvis was fairly embittered because of the commercialization of the holiday and even crashed a candymaker’s convention in 1923!

You often hear even burly football linebackers face the cameras after winning a game and say, “I love you mom!”  Women have notoriously handled so much including the kids, a household and many times multiple jobs. I have a friend who is a fairly new mother with two boys about two years apart. Even though they are plenty busy, they are always smiling. I knew she also cares for her stepchildren now and then, but just learned how much.

Every other weekend she makes the 1 1/2 to three hour drive up the freeway on a Friday afternoon to pick up her two twin stepdaughters. They are both disabled. She then makes the trek back down to her home in heavy traffic with four kids in the car. The traffic is brutal, but I have never heard her complain, not even once. (See Superwoman video below!)

She came from a home where she had to work hard and has had to make her own opportunity in life. She is sweet, easy-going, yet extremely hard-working. I had fun helping her 2 1/2 year-old pick two bags of lemons and a bag of tangerines off our trees to take home. They were so excited to make lemonade. And little Danny even found the M&Ms in the candy holder. Yes, I gave him chocolate and his mother smiled!

I also gave them a new CD and knew those kids are very lucky to have a mother so dedicated, as well as easy-going. She doesn’t call herself a Superwoman, but she also hosts a Bible Study in her home once a week where 60 people show up. I think she more than qualifies to be celebrated, hopefully even with some mothers day songs! No matter what your situation in life has been, take some time to thank your mother not only on Mothers Day, but every day. She deserves it! And for all the mothers reading this! spread your wings and fly with one of the Mothers Day Songs I’m including here: I Can Fly!

Learn Music Again...for those who used to play & want to play again!